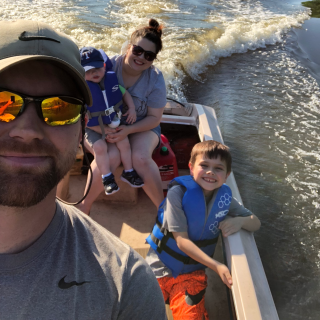 Imagine your driving down the highway. You are looking at your phone and suddenly you hear a horn and look up. Boom. Your focus was on the wrong thing.

Often times as Christians we end up in a similar boat. Our jobs, hobbies, problems, and even sometimes our family, take up the majority of our focus. Think about a situation in sports, or even competition for a job. Have you ever been in a competition you knew you were gonna lose? Even though you knew that, did you try hard anyway? Did you maybe have a teammate who didn’t? The “why try hard if we’re gonna lose anyway?” attitude. Why do some people try hard while others don’t?

The difference is your focus. One of those people focused on the obstacles that were in the way. Maybe the the other team was bigger, faster, stronger, or more qualified. The other person focused on the opportunities that they had, even in the face of adversity. A harder opponent makes me better, they make me do things I’m not normally challenged to do. Or maybe I can even beat them and prove that I’m capable of more than I though possible.

Obstacle: a thing that blocks ones way, or prevents, or hinders progress.

A colleague of mine was leading a bible study not too long ago on David and Goliath. He was speaking to our youth group about tackling things bigger than yourself through faith, as the story is often used to do. My own mind, as it often does, wandered in a different direction. I’m going to assume you know the story, so I’ll just put a couple of relevant verses here. If you’re unfamiliar, it can be found in 1 Samuel 17. At this point David has reached the army and heard his brothers say how awesome Saul will treat anyone who can take down Goliath, but also how its impossible. He basically chews them out and word gets back to the king. Saul calls for him and this is the exchange:

‘Now when the words which David spoke were heard, they reported them to Saul; and he sent for him. Then David said to Saul, “Let no man’s heart fail because of him; your servant will go and fight with this Philistine.” And Saul said to David, “You are not able to go against this Philistine to fight with him; for you are a youth, and he a man of war from his youth.”’

David said, “It’s all cool king, I’ll go fight this guy.” Then Saul said basically, “you’re crazy, that big dude will whip you down. You’re just a kid, he’s a giant who’s trained to fight all his life.”

‘But David said to Saul, “Your servant used to keep his father’s sheep, and when a lion or a bear came and took a lamb out of the flock, I went out after it and struck it, and delivered the lamb from its mouth; and when it arose against me, I caught it by its beard, and struck and killed it. Your servant has killed both lion and bear; and this uncircumcised Philistine will be like one of them, seeing he has defied the armies of the living God.” Moreover David said, “The Lord , who delivered me from the paw of the lion and from the paw of the bear, He will deliver me from the hand of this Philistine.” And Saul said to David, “Go, and the Lord be with you!”’

David told Saul that the giant would be nothing, just like all the animals that he had killed when they came after his sheep. God would let him take care of Goliath the same way he took care of those predators. Then everyone will know that he (Goliath) defied the armies of the living God.

There are a lot of things we can gather from this story. But my absolute favorite is the thing that made David different from all the other people on his side of the conflict. FOCUS. The soldiers, Davids brothers included, all saw a 9 foot tall giant, who had a spear as thick as their forearms, and a breastplate so heavy most of them couldn’t even pick it up on their own. They saw the enormity of the obstacles, and could see nothing else. But not little David. He saw all of those things, but they were overshadowed by his vision of how God could use this situation to show the other army that he was all powerful. David saw the OPPORTUNITY in the conflict. He didn’t focus on the fact that Goliath was over three times his height, or could crush him in one hand. He saw that he had the ability, through Gods gifts and support, to take him down, to show everyone how powerful his God was.

Let’s go into another story, this one involves Jesus interacting with his disciples. Found in Matthew 17:

‘And when they had come to the multitude, a man came to Him, kneeling down to Him and saying, “Lord, have mercy on my son, for he is an epileptic and suffers severely; for he often falls into the fire and often into the water. So I brought him to Your disciples, but they could not cure him.” Then Jesus answered and said, “O faithless and perverse generation, how long shall I be with you? How long shall I bear with you? Bring him here to Me.” And Jesus rebuked the demon, and it came out of him; and the child was cured from that very hour. Then the disciples came to Jesus privately and said, “Why could we not cast it out?” So Jesus said to them, “Because of your unbelief; for assuredly, I say to you, if you have faith as a mustard seed, you will say to this mountain, ‘Move from here to there,’ and it will move; and nothing will be impossible for you. However, this kind does not go out except by prayer and fasting.”’

Before I go into how this relates to the point, we need to set the stage. At this time in Jesus ministry there were stories going crazy about him. He had a pretty big crowd following him around by now, remember the stories about feeding the 5000/4000? In every town they passed, more people joined the multitude. All of these people wanted to hear Jesus teach and brought their problems and sicknesses to him. So the guy in this story has probably been waiting a long time for his turn to see Jesus.

So he finally gets to the front of the line with his extremely sick son. This kid has very bad seizures. They have caused him to fall into fires and the water. Burning him and surely almost drowning him. Epilepsy can be dangerous even now days, and in that time period there were no known treatments. Because of this it was viewed as a life long illness with a short life expectancy. In the face of all of these obstacles, the disciples saw this boy as incurable.

“I brought him to your disciples, but they could not heal him.”

He had tried everything else. Doctors, priests and probably even alchemists, shamans, and sorcerers. But then he heard all those stories we talked about earlier. So he says, “Let me try this Jesus guy, even his disciples are said to perform great miracles.” But those disciples couldn’t get it done, so he went to seek out the master himself.

“I brought him to your disciples, but they could not heal him.”

Jesus immediately knew why. He didn’t even have to talk to the disciples.

He uses the term “faithless” which, obviously enough, means without faith. Then throws in a “perverse” for good measure, which is defined as “turned away from right or good.” Then simply tells the demon “bye Felicia” and it’s gone. Then the disciples come to him in private, because I think they know they screwed up, he sort of chewed them out when the dad showed up. This is the crux of the story that brings it back to where we started. they asked “why couldn’t we heal him?”

“Why couldn’t WE heal him?” The most important word here is WE. Their focus was all wrong. They were focused on what they could do, and all the things in their way. Remember how serious and incurable those seizures were? At this point in the ministry the disciples had healed many people, and it was probably starting to lose its “coolness”. When your followed around by thousands of people asking for wisdom and healing it starts to become rote, like what often happens to us in worship and prayer. They stopped remembering who was actually doing the healing and couldn’t see past the obstacles.  In verse 20 we see the famous mustard seed analogy. They had “unbelief”, because a mustard seed is pretty small and they didn’t even have that. If you are faithful, it has nothing to do with you at all, so the obstacles that you face don’t matter. Now I have a concrete example where the focus is actually noted in the story. It’s one your familiar with.

‘And when He had sent the multitudes away, He went up on the mountain by Himself to pray. Now when evening came, He was alone there. Immediately Jesus made His disciples get into the boat and go before Him to the other side, while He sent the multitudes away. But the boat was now in the middle of the sea, tossed by the waves, for the wind was contrary. Now in the fourth watch of the night Jesus went to them, walking on the sea. And when the disciples saw Him walking on the sea, they were troubled, saying, “It is a ghost!” And they cried out for fear. But immediately Jesus spoke to them, saying, “Be of good cheer! It is I; do not be afraid.” And Peter answered Him and said, “Lord, if it is You, command me to come to You on the water.” So He said, “Come.” And when Peter had come down out of the boat, he walked on the water to go to Jesus. But when he saw that the wind was boisterous, he was afraid; and beginning to sink he cried out, saying, “Lord, save me!” And immediately Jesus stretched out His hand and caught him, and said to him, “O you of little faith, why did you doubt?” And when they got into the boat, the wind ceased. Then those who were in the boat came and worshiped Him, saying, “Truly You are the Son of God.”’

Peter saw Jesus and said “Dude, can I walk out there too?” and he was doing it…. while his focus was on JESUS.

“But when he saw”

That changed everything. He shifted his focus from the Son of God and began to see all of the obstacles. Wind. Big waves (it was storming). And don’t forget he was standing on TOP OF THE WATER. He began to sink. And what did Jesus say yet again? “Oh you of little faith”.

If you have faith and focus on what God can accomplish, then the obstacles around you cease to matter. So where is your focus in life? On the obstacles? Or on the opportunities?

Follow OTR on social media for updates and daily verses! 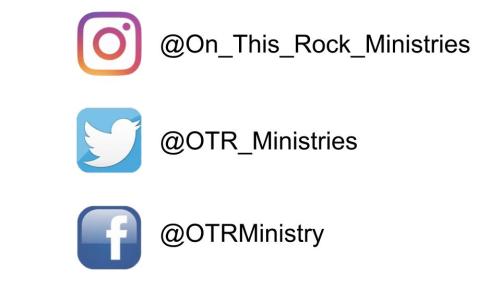 One thought on “Shift Your Focus”